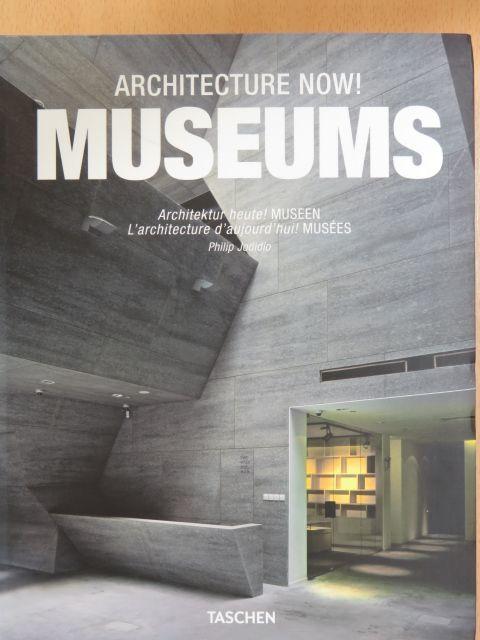 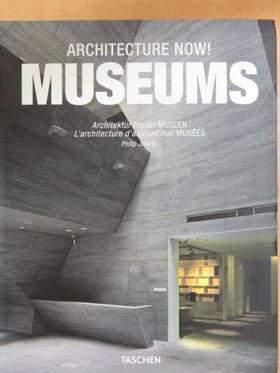 INTRODUCTION TO WISH UPON A STAR As long as museums have existed, they have been associated with celebrated architects. The civic role of museums as symbols of local, regional, or national pride surely explains this ongoing relationship, as does the "value" placed on their contents....
Bővebb ismertető  |  Termékadatok  |  Bolti készlet  |  Vélemények
15000 Ft
Szállítás: 3-7 munkanap
Bolti készlet

3980 Ft
Részletesen erről a termékről
Bővebb ismertető Termékadatok Bolti készlet Vélemények
Bővebb ismertető
INTRODUCTION TO WISH UPON A STAR As long as museums have existed, they have been associated with celebrated architects. The civic role of museums as symbols of local, regional, or national pride surely explains this ongoing relationship, as does the "value" placed on their contents. Architecture is called on to some extent to echo the significance of art, and, more frequently today, of the contents of other institutions, such as those devoted to science. Most museum-goers have heard of the so-called Bilbao effect which would have It that Frank 0. Gehry's Guggenheim Bilbao {Bilbao, Spain, 1991-97; page 7} is responsible for the renewal of that Spanish city's center. Thus, calling on a "name" architect is seen as a way to draw In crowds—people with a penchant for culture, and surely for spending. Without contesting the drawing power of the Guggenheim Bilbao, it can be pointed out that Gehry's building was surely not the first instance of the successful combination of architecture and museums. Long before the modern era, buildings such as the Altes Museum, erected on Berlin's Museum Island from 1825 to 1828 by the famed architect Karl Friedrich Schinkel to house the Prussian royal family's art collection, firmly established this connection. And yet. for all his talent, Schinkel built in the Neoclassical style rather than affirming any astonishing new forms. Architecture was very much at the service of its patrons and its contents. One hundred and forty years later, Ludwig Mies van der Rohe completed the Neue Nationalgalerie in Berlin, in a decidedly different style that might be called classical Modernism. Here it is certain that the clarity and simplicity of the architecture carry the day. showing that modernity, too, could achieve the kind of gravitas required of institutions devoted to art. THE BAUHAUS GOES WEST So when did things go "wrong"—when did architecture take center stage and begin to allow individual architects to affirm their identity even as they gave shape to the ambitions of institutions and cities? One clear example slightly predates the Neue Nationalgalerie, but it was the work of another major Bauhaus architect, Marcel Breuer. The Whitney Museum of American Art, located on Madison Avenue in New York (1963-66), has an almost disturbing or blank presence that imposes itself on Its surroundings, where traditional New York buildings are still the rule. It may well have been in New York that the rules of the museum game changed, beginning in the 1960s, allowing for significant works of contemporary architecture to signal that a new type of institution was emerging. Tom Hoving assumed the directorship of the Metropolitan Museum of Art in 1967 and, by the time he left, a decade later, the institution had been greatly expanded by the architect Kevin Roche (Roche Dlnkeloo). Architecture Itself was less the driving force of the expansion of the Met than the overall plan laid out by Hoving that included substantial gallery space, as well as infrastructure and such facilities as an expanded bookshop. Commerce entered the "temple" while brash new architecture began to play its role. Often seeking to contest New York's role as America's cultural capital, Washington D.C, soon erected another monument intended to bring its premier art museum very much into the present. I, M. Pel, the architect of the East Building of the National Gallery of Art (1968-78), of the Grand Louvre project in Paris (1983-93; page 47), and the more recent Museum of Islamic Art In Doha (Qatar. 2003-08; page 293) has stated; "I have always been most interested in civic work, and in my opinion the best civic project is a museum. The museum has been my preference
Termék adatok
Cím: Architecture Now! - Museums [antikvár]
Kiadó: Taschen GmbH
Kötés: Fűzött papírkötés
ISBN: 9783836512244
Méret: 200 mm x 250 mm
Bolti készlet