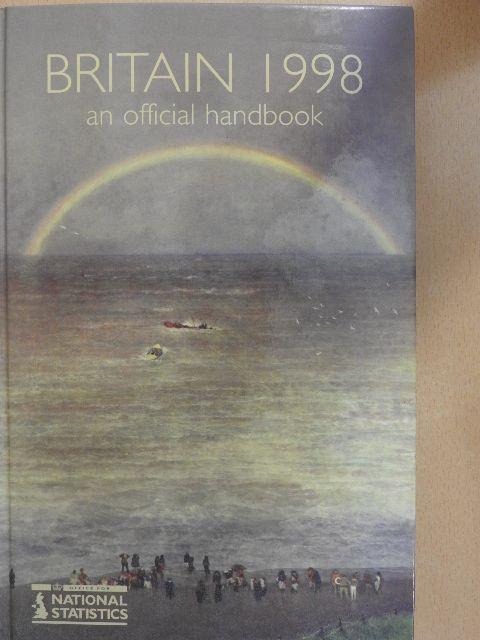 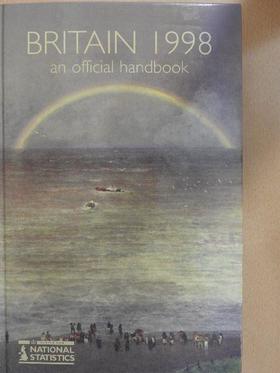 Foreword Britain 1998 is the 49th in the series of annual Handbooks, which go back to the 1940s, but the first to be prepared by the Office for National Statistics (ONS). Up to 1997, The Britain Handbook was produced by the Central Office of Information, but the staff working on it were...
Bővebb ismertető  |  Termékadatok  |  Bolti készlet  |  Vélemények
online ár: Webáruházban a termékek mellett feltüntetett narancssárga színű ár csak internetes megrendelés esetén érvényes. Amennyiben a Líra bolt hálózatunk valamelyikében kívánja megvásárolni a terméket, abban az esetben az áthúzott (szürke színű)  bolti ár lesz érvényes.
4180 Ft
Szállítás: 3-7 munkanap
Bolti készlet

Részletesen erről a termékről
Bővebb ismertető Termékadatok Bolti készlet Vélemények
Bővebb ismertető
Foreword Britain 1998 is the 49th in the series of annual Handbooks, which go back to the 1940s, but the first to be prepared by the Office for National Statistics (ONS). Up to 1997, The Britain Handbook was produced by the Central Office of Information, but the staff working on it were transferred to the ONS in April 1997 and have now settled into their new home in Pimlico, central London. See opposite for the new address. Drawing on a wide range of official and other authoritative sources, The Britain Handbook provides a factual and up-to-date overview of the state of Britain, while also covering government policy in all the nation's spheres of activity. It is widely recognised as an established work of reference, both in Britain itself, and overseas, where it is an important element of the information service provided by British diplomatic posts. It is sold by The Stationery Office and its agents throughout the world. Special features As always, the text, charts, tables and graphs have all been fully updated and revised. This year has been a particularly interesting one because of the historic General Election in May 1997, which brought a Labour Government to power—with its largest ever majority—after 18 years of Conservative rule, the longest period of administration by one party since 1830. As a result, the policy changes now being implemented, or proposed, are more fundamental and wide-ranging than they have been for many years. In this edition we celebrate the 50th anniversary of the National Health Service (NHS), a ground-breaking development in British medicine which has since influenced the organisation of health services all over the world. The introductory essay by Alan Langlands, Chief Executive of the NHS Executive in England, describes the history and evolution of this national institution, the problems it has faced and overcome, its many achievements, and what the future might have in store. Within the main body of the book, chapter 24 also gives comprehensive coverage of the current organisation of the NHS. In addition, we have included a special feature on the Government Art Collection (see photograph and caption opposite). This comprises an eight-page colour section in the centre of the book and three images on the cover. The cover images are: • front cover—Richard Ernst Eurich: 'The Rescue' (1971-4) (detail); • back cover—Barbara Hepworth: 'Conoid Sphere and Hollow III' (1937); and • spine—Robert Adams: 'Tall Spike Form' (1956). Another innovation which we hope readers will find useful is the inclusion of individual country maps in the chapters on England, Northern Ireland, Scotland and Wales, which give the county, district, council and unitary authority boundaries at 1 April 1998. We have also expanded the list of historical dates in chapter 1. Finally, we remember Diana, Princess of Wales (see photographs between pp. 64 and 65, and obituary on p. 539). Coverage Every effort is made to ensure that the information given in The Britain Handbook is accurate at the time of going to press. The text is generally based on information available up to September 1997. As far as possible, the book applies to Britain as a whole, as the title suggests. However, care should be taken when using it to note whether the information given refers to: • Britain, formally the United Kingdom of Great Britain and Northern Ireland;
Termék adatok
Cím: Britain 1998 [antikvár]
Kiadó: Office for National Statistics
Kötés: Ragasztott kemény papírkötés
ISBN: 0116209410
Méret: 160 mm x 250 mm
Bolti készlet