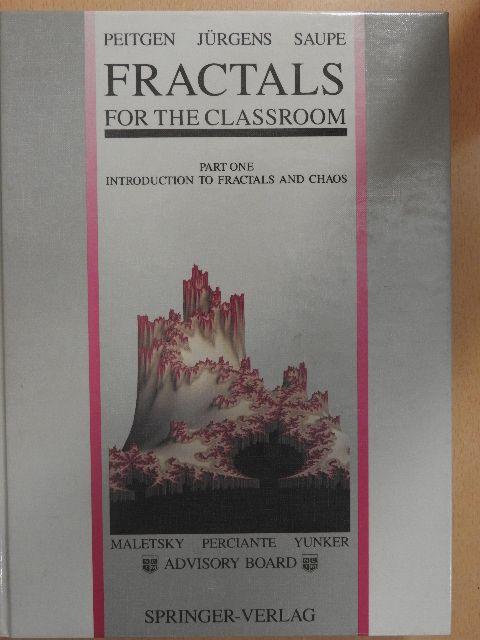 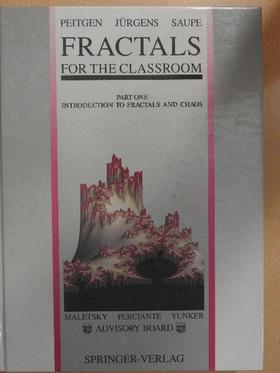 Preface Vll Preface Research in chaos — the most interesting current area of research that there is. I am convinced that chaos research will bring about a revolution in the natural sciences similar to that produced by quantum mechanics. Gerd B innig Winner of the Nobel Prize for...
Bővebb ismertető  |  Termékadatok  |  Bolti készlet  |  Vélemények
7980 Ft
Szállítás: 3-7 munkanap
Bolti készlet

3980 Ft
Részletesen erről a termékről
Bővebb ismertető Termékadatok Bolti készlet Vélemények
Bővebb ismertető
Preface Vll Preface Research in chaos — the most interesting current area of research that there is. I am convinced that chaos research will bring about a revolution in the natural sciences similar to that produced by quantum mechanics. Gerd B innig Winner of the Nobel Prize for Physics Despite its title, this book which comes in two parts has not just been written for the classroom, but for everyone who, even without much knowledge of technical mathematics, wants to know the details of chaos theory and fractal geometry. This is not a textbook in the usual sense of the word, nor is it written in a 'popular scientific' style. Rather, it has been our desire to give the reader a broad view of the underlying notions behind fractals, chaos and dynamics. In addition, we have wanted to show how fractals and chaos relate both to each other and to many other aspects of mathematics as well as to natural phenomena. A third motif in the book is the inherent visual and imaginative beauty in the structures and shapes of fractals and chaos. For almost ten years now mathematics and the natural sciences have been riding a wave which, in its power, creativity and expanse, has become an interdisciplinary experience of the first order. For some time now this wave has also been touching distant shores far beyond the sciences. Never before have mathematical insights — usually seen as dry and dusty — found such rapid acceptance and generated so much excitement in the public mind. Fractals and chaos have literally captured the attention, enthusiasm and interest of a world-wide public. To the casual observer, the color of their essential structures and their beauty and geometric form captivate the visual senses as few other things they have ever experienced in mathematics. To the computer scientist, fractals and chaos offer a rich environment in which to explore, create and build a new visual world, like an artist fashioning a fresh work. To the student, they bring mathematics out of the realm of ancient history and into the twenty-first century. And to the teacher, they provide a unique, innovative opportunity to illustrate both the dynamics of mathematics and its many interconnecting links. But what are the reasons for this fascination? First of all, this young area of research has created pictures of such power and singularity that a collection of them, for example, has proven to be one of the most successful world-wide series of exhibitions ever sponsored by the Goethe-Institute1. More important, however, is the fact that chaos theory and fractal geometry have corrected an outmoded conception of the world. The magnificent successes in the fields of the natural sciences and technology had, for many, fed the illusion that the world on the whole functioned like a huge clockwork mechanism, whose laws were only waiting to be deciphered step by step. Once the laws were known, it was believed, the evolution or development of things could — at least in principle 1 Alone at the venerable London Museum of Science, the exhibition Frontiers of Chaos: Images of Complex Dynamical Systems by H. Jürgens, H.-O. Peitgen, M. Prüfer, P. H. Richter and D. Saupe attracted more than 140,000 visitors. Since 1985 this exhibition has travelled to more than 100 cities in more than 30 countries on all continents.
Termék adatok
Cím: Fractals for the Classroom I. [antikvár]
Szerző: Dietmar Saupe , Hartmut Jürgens Heinz-Otto Peitgen
Kiadó: National Council of Teachers of Mathematics-Springer Verlag
Kötés: Fűzött kemény papírkötés
ISBN: 038797041x
Méret: 180 mm x 240 mm
Szerzőről
Dietmar Saupe művei
Szerzőről
Hartmut Jürgens művei
Szerzőről
Heinz-Otto Peitgen művei
Bolti készlet