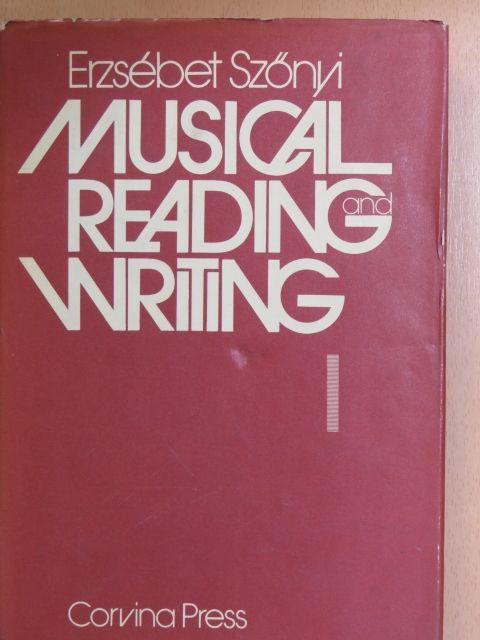 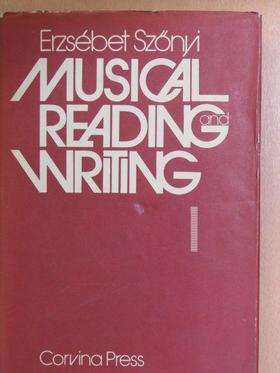 Preface It is a long-accepted truth that singing provides the best start to music education; moreover, children should learn to read music before they are provided with any instrument. Recently in Hungary not only has this been accepted as fact, but every effort has been made to put it into...
Bővebb ismertető  |  Termékadatok  |  Bolti készlet  |  Vélemények
online ár: Webáruházban a termékek mellett feltüntetett narancssárga színű ár csak internetes megrendelés esetén érvényes. Amennyiben a Líra bolt hálózatunk valamelyikében kívánja megvásárolni a terméket, abban az esetben az áthúzott (szürke színű)  bolti ár lesz érvényes.
2240 Ft
Szállítás: 3-7 munkanap
Bolti készlet

Részletesen erről a termékről
Bővebb ismertető Termékadatok Bolti készlet Vélemények
Bővebb ismertető
Preface It is a long-accepted truth that singing provides the best start to music education; moreover, children should learn to read music before they are provided with any instrument. Recently in Hungary not only has this been accepted as fact, but every effort has been made to put it into practice. Nevertheless, it is still not a universally held precept. This is due to two factors. Among other things, we are still living in a musical culture that exists without writing. And yet it is indeed a real culture: one which includes instrumental music after the oral tradition—playing by ear. Our magnificent treasury of folksongs is part of our culture. Its custodians, the people, have never learned to read or write musie, and yet they can produce brilliant performances. In their own time, Hungarian Gipsy and non-Gipsy virtuosi of instrumental music also represented culture, although they too were unable to read or write music. But the time for a culture of handed-down oral tradition is over, and outside Hungary the world has long since entered into the era of a written culture. In our own country, there is no more urgent task than the hastening of this transition if we do not want to be left behind for good. Without literacy today there can be no more a musical culture than there can be a literary one. Thus the promotion of music literacy is as pressing now as was the promotion of linguistic literacy between one and two hundred years ago. In 1690 Miklós Tótfalusi Kiss's idea that everybody could learn to read and write their own language was at least as bold as the idea today that everybody should learn to read music. Nevertheless, this is something no less possible. Let us consider musicians per se. Are they musically literate? By no means! Or, if musical literacy is a basic criterion of musicianship, then the majority of our professionals in music are not musicians. The other factor providing for our musical backwardness in this respect is the whole historical development of our music-making. Consider how music has been taught in Hungary, and by whom. Ignoring for the moment earlier periods, in the nineteenth century there appeared in some of the houses of the distinguished landowners and successful businessmen the Klavier-master. (It was only later that the name Klavier was replaced by the Hungarian for piano.) These masters were usually second or third-rate German or Czech musicians who were unable tó make a living at home. Their aim was to train the young ladies and gentlemen entrusted to their care in the art of musical pyrotechnics—usually in as short a time as possible. Nor did their employers demand any more than that. Up to the end of the century—nay, in country districts to this very day—this spirit prevails in the private teaching of music. The result? Instrumental practice half by ear, and without any theoretical knowledge: music-making from the fingers, but not from the soul. 5
Termék adatok
Cím: Musical Reading and Writing 1. [antikvár]
Szerző: Erzsébet Szőnyi
Kiadó: Corvina Press
Kötés: Fűzött keménykötés
ISBN: 9631336514
Méret: 170 mm x 240 mm
Szerzőről
Erzsébet Szőnyi művei
Bolti készlet