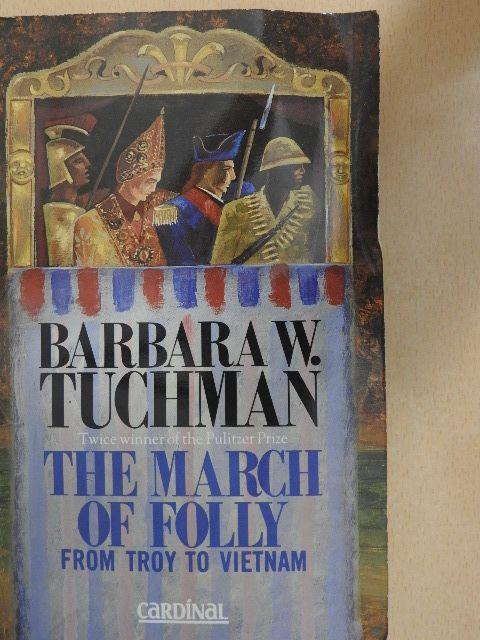 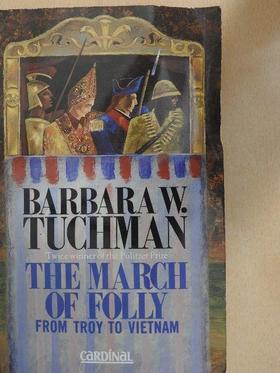 The March Of Folly [antikvár]

2380 Ft
Részletesen erről a termékről
Bővebb ismertető Termékadatok Bolti készlet Vélemények
Bővebb ismertető
A phenomenon noticeable throughout history regardless of place or period is the pursuit by governments of policies contrary to their own interests. Mankind, it seems, makes a poorer performance of government than of almost any other human activity. In this sphere, wisdom, which may be defined as the exercise of judgment acting on experience, common sense and available information, is less operative and more frustrated than it should be. Why do holders of high office so often act contrary to the way reason points and enlightened self-interest suggests? Why does intelligent mental process seem so often not to function? Why, to begin at the beginning, did the Trojan rulers drag that suspicious-looking wooden horse inside their walls despite every reason to suspect a Greek trick? Why did successive ministries of George III insist on coercing rather than conciliating the American colonies though repeatedly advised by many counselors that the harm done must be greater than any possible gain? Why did Charles XII and Napoleon and successively Hitler invade Russia despite the disasters incurred by each predecessor? Why did Montezuma, master of fierce and eager armies and of a city of 300,000, succumb passively to a party of several hundred alien invaders even after they had shown themselves all too obviously human beings, not gods? Why did Chiang Kai-shek refuse to heed any voice of reform or alarm until he woke up to find his country had slid from under him? Why do the oil-importing nations engage in rivalry for the available supply when a firm united front vis-a-vis the exporters 2
Termék adatok
Cím: The March Of Folly [antikvár]
Szerző: Barbara W. Tuchman
Kiadó: Sphere Books Limited
Kötés: Ragasztott papírkötés
ISBN: 0747401934
Méret: 130 mm x 200 mm
Szerzőről
Barbara W. Tuchman művei
Bolti készlet