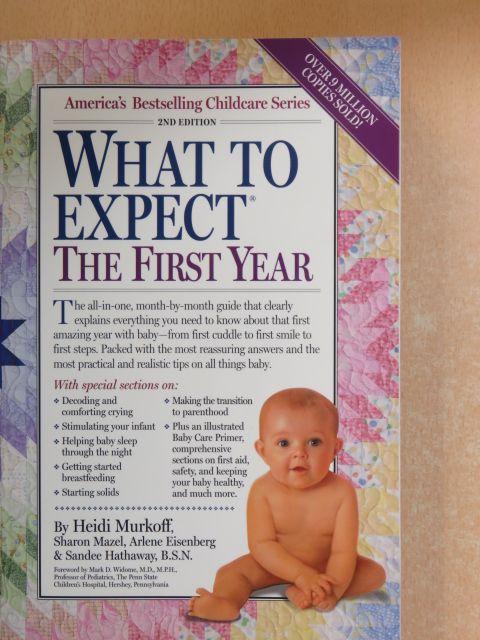 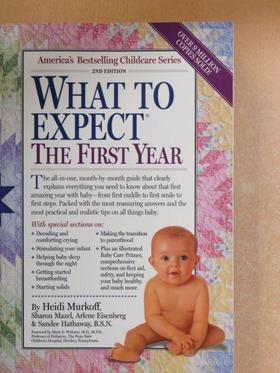 What To Expect The First Year [antikvár]

FOREWORD XXIII A PARENTING BOOK THAT STANDS ALONE When, some fifteen years ago, the authors of this book's popular predecessor, What to Expect When You're Expecting, decided to venture beyond pregnancy to publish a book for new parents, they must have known that they were stepping into crowded...
Bővebb ismertető  |  Termékadatok  |  Bolti készlet  |  Vélemények
4500 Ft
Szállítás: 3-7 munkanap
Bolti készlet

The Art and Science of Operative Dentistry [antikvár]

980 Ft
Részletesen erről a termékről
Bővebb ismertető Termékadatok Bolti készlet Vélemények
Bővebb ismertető
FOREWORD XXIII A PARENTING BOOK THAT STANDS ALONE When, some fifteen years ago, the authors of this book's popular predecessor, What to Expect When You're Expecting, decided to venture beyond pregnancy to publish a book for new parents, they must have known that they were stepping into crowded and competitive territory. Since Benjamin Spock published his first edition of Baby and Child Care in 1946, many authors had tried their hand at writing a book to help us raise happier and healthier children. Among authors following in Dr. Spock's footsteps, there was no shortage of experts: pediatricians, child psychologists, academics, and assorted specialists. Ironically, these authorities were following in the footsteps of a person who repeatedly reminded parents that, when raising children, one should not rely too heavily on experts; that it is often better to trust your instincts. What to Expect the first Year was different. It was a project that was both bold in scope and unique in perspective. It promised to explain "everything parents needed to know about the first year of life." And rather than being written by experts, it was written by a team of accomplished authors whose only real claim to our attention was that they were parents like ourselves. They set out to provide for other parents answers to questions that they themselves had—or might have had—about raising their own children. What to Expect the First Year has been very well received and extraordinarily successful. With over 7 million copies in print, it delivers on its promise, and readers have surely validated its parent-centered approach. But its success—and the success of this revision— is due, I believe, not only to its broad coverage and unique approach, but also to the careful research that has gone into each topic, the thoughtful and reasoned discussions of everyday problems, and an attention to detail that is often striking. Written from a parent's point of view, First Year offers the kind of advice that parents often appreciate but that professionals seldom think to include. Heidi Murkoff, who originated the idea for What to Expect When You're Expecting when she was pregnant with her daughter Emma, no doubt got many of the ideas for this book as she was figuring out how to best feed Emma, dealing with her crying spells, and watching and wondering as Emma grew and progressed through the developmental milestones of the first year. Were Heidi and her co-authors pediatricians as well as parents, they could have drawn on clinical experience and thinking, but perhaps at the expense of their experience and thinking as parents. They may have still mentioned all of the advantages of breastfeeding and the rationale of not starting baby foods until a baby is devel-opmentally ready. But would they have covered the advantages of choosing a name for a baby that is easy to say and to spell, and avoiding names that are trendy or political? They would still have talked about the foods that comprise the "Baby Daily Dozen" to help assure good nutrition, but would they have told us about saving empty baby food jars to warm and serve small portions? They stress the importance of taking the full dose of a
Termék adatok
Cím: What To Expect The First Year [antikvár]
Szerző: Arlene Eisenberg , Heidi Murkoff , Sandee Hathaway Sharon Mazel
Kiadó: Workman Publishing
Kötés: Ragasztott papírkötés
ISBN: 9780761152125
Méret: 150 mm x 230 mm
Szerzőről
Arlene Eisenberg művei
Szerzőről
Heidi Murkoff művei
Az a kilenc hónap
Készüljünk arra a 9 hónapra!
Szerzőről
Sandee Hathaway művei
Szerzőről
Sharon Mazel művei
Bolti készlet