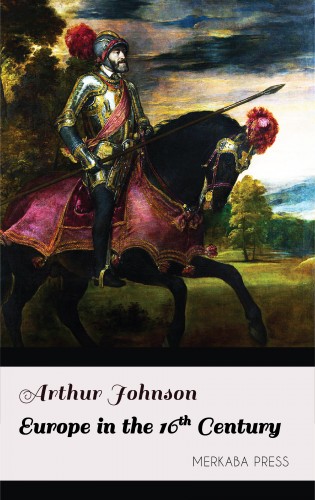 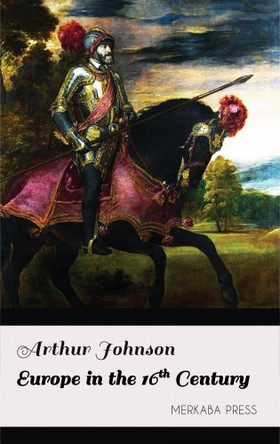 The division of history into periods may be very misleading if its true purport be not understood. One age can no more be isolated from the universal course of history than one generation from another. The ideas, the principles, the aims of man change indeed, but change slowly, and in their very...
Bővebb ismertető |  Könyv adatok |  Bolti készlet |  Vélemények
537 Ft
Szállítás: Sikeres rendelés után azonnal letölthető.
Bolti készlet

2490 Ft
Részletesen erről a termékről
Bővebb ismertető Könyv adatok Bolti készlet Vélemények
Bővebb ismertető
The division of history into periods may be very misleading if its true purport be not understood. One age can no more be isolated from the universal course of history than one generation from another. The ideas, the principles, the aims of man change indeed, but change slowly, and in their very change are the outcome of the past. The old generation melts into the new, as the night melts into the day. None the less, just as the night differs from the day, although it is impossible to say when the dawn begins, and when the day, so does the Modern differ from that which has been termed the Middle age. This once granted, the importance of the later years of the fifteenth century may be easily grasped. The medi?val conception of the great World-Church under Pope and Emperor had by this time lost all practical power. The authority of the Emperor was confined to Germany, and was even there disputed, and, if the Papacy still retained its pretensions, they no longer had their old weight. Not only had they been resisted by the various powers of Europe in turn, they had even been severely criticised by two General Councils. Already the man was born who was to take the lead in the final overthrow of the unity of the Western Church. Meanwhile, the older society was breaking up: the links which in binding a man to his lord, his fields, his trade, or his town, bound him to his fellows, and his livelihood to him, were falling to pieces, and the 'individual' of modern life was emerging. To this change many things contributed. The movement of the Renaissance emancipated men from the somewhat narrow limits of medi?valism; it opened to them the knowledge of the ancients, and gave them a glimpse of the worlds of thought beyond, of which the New World about to be discovered to the west seemed but a type. The economic revolution had a like effect. The break-up of the older organisation of trades under the system of close guilds, was accompanied by the rise of modern competition. In life, as in thought, the individual was asserting himself. Amidst the clashing of rival interests which this revolution necessitated, a new principle of unity--that of nationality--arose. This conception, due to an appreciation of the identity of interest based on such things as common language, common religion, natural boundaries, common hopes and fears, was, if a less attractive one than that of the Holy Roman Empire, at least more capable of realisation, and alone seemed able to control the spirit of individualism from running riot. It was in France, Spain, and England that this new spirit of nationality had been most successful: but, if Germany was no more than a loose confederation of princes, the Hapsburgs had already laid the foundation of a monarchy of their own, while the Pope was becoming more and more the prince of a temporal kingdom in Italy. The first result of this triumph of nationality was not surprising. When once a people have realised the identity of their interests, they are apt to be aggressive. This now occurred. England indeed, isolated from the Continent and absorbed in domestic questions, did not take much part as yet; but the others began to look abroad, and Italy, where alone no political unity existed, offered fair hopes of spoil. No sooner had France made the first move in pursuit of her claims on Naples than their cupidity was aroused, and Western Europe was involved in a series of wars which continued, with but little intermission, until the Peace of Vervins, 1598. The circumstances of the age gave to this struggle its peculiar character. National consolidation had been accompanied by the triumph of the monarchical principle, after its long struggle with aristocracy--a struggle which of late had not been confined to the temporal sphere, but had been illustrated also within the Church by the conflict between the Papacy and the General Councils. It followed that the dynastic interests of the reigning families predominated. The monarchs, no doubt, represented the passions and aspirations of their subjects. Nevertheless, their policy was deeply coloured by their personal and family rivalries, and hence the wars were more prolonged than otherwise they might have been. To this also must in part be attributed the shifting combinations of alliances and counter-alliances, which change with the variety and rapidity of a kaleidoscope, and which make the period, so far as its wars are concerned, one of the most confused in history. In the struggle which ensued, the Romance and the Teutonic nations came into close though hostile contact; the theory of the Balance of Power became a guiding principle of politics; and diplomacy found its birth. Before many years were passed, the unity of the Church of the West was broken by the Reformation. It was inevitable that the religious and the political questions  should become involved. The struggle for supremacy in Europe, the internal politics of the several kingdoms, were deeply affected by the religious issues. The web of European complications became more confused than ever, and, if the interest of the period before us is thus enhanced, its difficulty is certainly increased. Into it all the problems of the Middle Age became absorbed, and out of it Modern Europe was to arise.
Könyv adatok
Cím: Europe in the 16th Century [eKönyv: epub, mobi]
Szerző: Johnson Arthur
Kiadó: Merkaba Press
Megjelenés: 2017. július 13.
ISBN: 6610000018505
Szerzőről
Johnson Arthur művei
Europe in the 16th Century [eKönyv: epub, mobi]
Bolti készlet