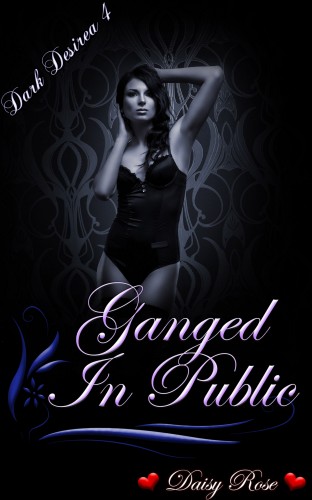 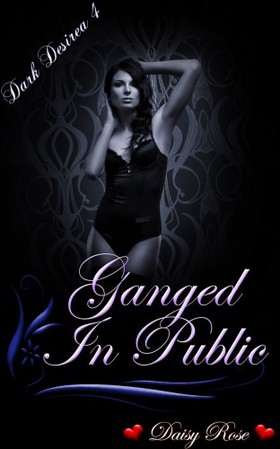 Voluptuous and vivacious Dahlia is the life at every party. But when the groom in the wedding declares that he would much rather marry her instead of his beautiful bride and her soon to be ex-best friend, she realizes she needs to reevaluate everything, especially her relationship with the...
Bővebb ismertető |  Könyv adatok |  Bolti készlet |  Vélemények
778 Ft
Szállítás: Sikeres rendelés után azonnal letölthető.
Bolti készlet

3290 Ft
Részletesen erről a termékről
Bővebb ismertető Könyv adatok Bolti készlet Vélemények
Bővebb ismertető
Voluptuous and vivacious Dahlia is the life at every party. But when the groom in the wedding declares that he would much rather marry her instead of his beautiful bride and her soon to be ex-best friend, she realizes she needs to reevaluate everything, especially her relationship with the groom...and his best men, especially since she had just spent the night with all of them... ~~~~~ PG Excerpt ~~~~~ "What?! No!" she said immediately. It was ridiculous, what her best friend had suggested. "Are you crazy?" the words hung on the edge of her lips but she didn't say it out loud. Cassie was as sensitive as she was beautiful and she was incredibly beautiful. "It's okay! I've made a deal I made with Owen. If you sleep with him, I get to sleep with Erick before I finally marry Owen. It's a win-win." Dahlia glared at Cassie with an expression that told her it was anything but a win-win situation. "Plus, he's into bondage and spanking and stuff. You're into that too, right?" "Only under the right circumstances with the right kind of men," Dahlia said with painstaking patience. She regretted her decision to share her sex life with her friend. It seemed like a good idea at the time. She thought it would open Cassie's mind about her lover's preferences in bed. When Cassie came to her one night in tears and told her that Owen, in the heat of the moment, had hollered that he would much rather have a submissive instead of her, Dahlia thought it was an opportunity to educate her that having different kinks in bed might not be the end of the world and being a sub doesn't automatically make her 'weird'. She thought she could get her to at least try something Owen liked. It only seemed fair, considering he had been patient about her closed-mindedness since the beginning. Dahlia should've known that her friend wasn't looking to change herself. She wanted to change Owen so that he no longer looked for 'weird and kinky sex', as Cassie liked to put it. It wasn't that she couldn't change, it's just that she wouldn't. Cassie thought she was perfect just the way she was. Vanilla sex was good enough for her; why shouldn't it be good enough for him?! When he proposed, Dahlia thought to herself, 'Maybe love does conquer all..." But she later found out that it was only because Cassie presented him with an ultimatum. Either he proposed to her, or she was taking all her stuff and leaving. Even worse, she told him that while his company was in the middle of a battling a hostile takeover. It surprised her most of all when Owen agreed to marry Cassie. He soldiered through the takeover without losing his power or position in the company, something which Dahlia found incredibly impressive. Cassie was just happy she wasn't marrying a 'total loser.' "Let's say I agree to this," Dahlia started, ignoring the way Cassie's eyes lit up. "Just hypothetically. If I agree to this, can you imagine how awkward things would be between us? You're going to marry a man I've slept with!" Cassie shrugged, "It'll be fine. It's not like I haven't done it before. You were fine with it." That stung. Dahlia wondered, not for the first time, why she was even friends with Cassie. Even though she knew she wasn't as beautiful as Cassie, she had other advantages over her... Like not being a selfish bitch. Dahlia flinched. She shouldn't think of her friends that way. "Plus, I know you had a thing for Owen before I started dating him, so it's good to have that out of your system too, right?" Cassie offered magnanimously. "It's like a win-win for everybody!"
Könyv adatok
Cím: Ganged In Public [eKönyv: epub, mobi]
Szerző: Rose Daisy
Kiadó: Boruma Publishing, LLC
Megjelenés: 2017. július 31.
ISBN: 9781370562916
Szerzőről
Rose Daisy művei
Beach Surrender [eKönyv: epub, mobi]
Biker's Chains - Book 5 of Domination [eKönyv: epub, mobi]
Biker's Experiment [eKönyv: epub, mobi]
Bosses & Punishments - Book 11 of Public Submission [eKönyv: epub, mobi]
Dark Desires 1 - 6 [eKönyv: epub, mobi]
Dark Desires 4 - 6 [eKönyv: epub, mobi]
Domination 1 - 3 [eKönyv: epub, mobi]
Domination 4 - 6 [eKönyv: epub, mobi]
Ganged By Bikers [eKönyv: epub, mobi]
Ganged In Public [eKönyv: epub, mobi]
Police Search [eKönyv: epub, mobi]
Public Submission 7 - 12 [eKönyv: epub, mobi]
Scandalous Heiress [eKönyv: epub, mobi]
Student [eKönyv: epub, mobi]
The Duke of Wicked [eKönyv: epub, mobi]
Unchained Desires - Book 4 of Domination [eKönyv: epub, mobi]
Victorian Domination - Book 1 of Domination [eKönyv: epub, mobi]
Bolti készlet