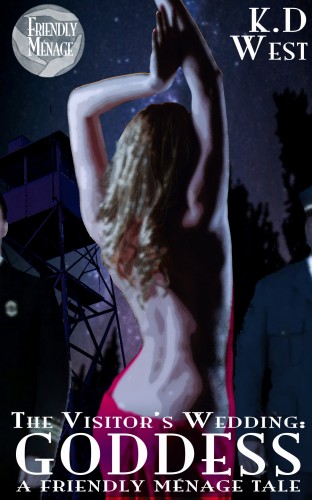 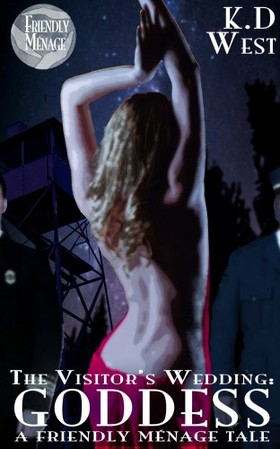 A bridesmaid sometimes gets what she wants And a goddess always gets what she needs When her brother Andy married his girlfriend Lea -- and their boyfriend Sean -- Jessie felt sorry for herself. Here she was, alone, unloved. But when two gorgeous firemen friends of her brother decide to show Jessie...
Bővebb ismertető |  Könyv adatok |  Bolti készlet |  Vélemények
290 Ft
Szállítás: Sikeres rendelés után azonnal letölthető.
Bolti készlet

2799 Ft
Részletesen erről a termékről
Bővebb ismertető Könyv adatok Bolti készlet Vélemények
Bővebb ismertető
A bridesmaid sometimes gets what she wants And a goddess always gets what she needs When her brother Andy married his girlfriend Lea -- and their boyfriend Sean -- Jessie felt sorry for herself. Here she was, alone, unloved. But when two gorgeous firemen friends of her brother decide to show Jessie a very, very good time, well, who is she to say no? And when they make her feel like nothing less than a goddess -- well, who is she not to say yes? This first in a series of sequels to The Visitor Comes for Good, this short story can be read on its own or as part of The Visitor Saga. MFM Menage -- heterosexual threesome Extract Jessie waved at Andy and her new sister-in-law as they rode away in the flower-decked cart, and she found herself trying not to think about the men at her elbows. Jessie hadn't ever been exactly overburdened when it came to male companionship. Booger barely counted, and they'd been divorced for over a year -- all but for forever before that -- and besides him... Beside her, two men -- men -- in dress uniforms stepped forward, each taking a hand. Jessie's middle flipped, then flipped again. [...] "So, Jessie," said the older one, Pat, the captain, who looked more like George Clooney than any man Jessie had any right to be near. "You're looking a lot happier than you did this afternoon." Smiling at him, Jessie tried to say something cute or clever but all that came out was a kind of wobbly Hmmmm! On her other side, Billings, young, black, and sweet as honey, squeezed her hand. "Nice wedding. Easy to be happy." "Three nice weddings." Jessie laughed, fighting down the panic brought on by the two very different hands holding hers. "God." Not even thinking about it, Jessie began to lead the two men back toward Pa's shed, where she'd led Booger so many times back when they were kids -- away from the house, from prying eyes. But tonight there were dozens of Harris cousins and guests laughing and drinking. Prior's brothers, passing a blunt around. Deacon... Something stronger than panic began to grip Jessie's middle. The men didn't seem to notice. Pat was chuckling. "Well, three nice weddings. And unique. Can't say I've ever seen anything like it." "You okay with it, Jessie?" Billings whispered. "Okay?" Jessie was struggling with the image of Deacon Lawrence after Prior and Cherry's wedding. Him passed out on her bed upstairs, dead drunk with his pants halfway down. And her, kneeling there between his knees, ready and raring to go, left to take care of herself. Again. Humiliating. Deacon hadn't said a word to her since. Not that she could look him in the face. The other guests were laughing and her cousin Billy had started playing "Devil with the Blue Dress," but Billings continued, still whispering, "Okay with Andy, and Lea, and... You know." Sean. Andy and Lea and Sean. "Oh, yeah" said Jessie, not sure at all how she felt about it, but only having enough room in her head for Jessie and Pat and... She turned to Billings. "Um. You got a first name?" Pat snorted and Billings scowled. "What?" Jessie asked, hoping she hadn't just fucked the whole thing up. But it seemed like asking a boy's first name when you were about to do whatever it was they were about to do was kind of a reasonable question. Billings's annoyance softened as he looked at her. "It's okay. I just don't use it a lot. It's... Mario." "Super Mario!" chuckled the captain. Billings growled at him, but Jessie recognized this: two boys giving each other shit. She laughed, feeling slightly less out of control, and squeezed their hands. They both laughed along. Then, as they rounded the back of Pa's shed, Pat leaned over and kissed her, his lips finding hers without hesitation but without too much force. Billings's -- Mario's lips touched her bare shoulder, and began to work their way up toward her neck. Now she was feeling out of control.
Könyv adatok
Cím: Goddess - The Visitor's Wedding (A Friendly MFM Menage Tale) [eKönyv: epub, mobi]
Szerző: K. D. West K.D. West,
Kiadó: Stillpoint/Eros
Megjelenés: 2017. március 07.
ISBN: 9781508060017
Szerzőről
K. D. West K.D. West, művei
Goddess - The Visitor's Wedding (A Friendly MFM Menage Tale) [eKönyv: epub, mobi]
Bolti készlet