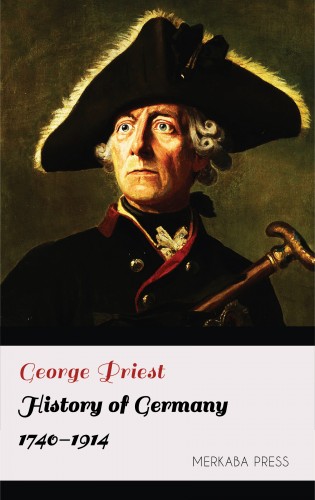 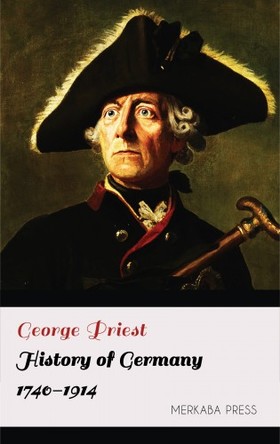 The German Empire of 1740 was established on Christmas Day 800 when the Pope placed the imperial crown on the head of Charlemagne in Rome. From that time until far down the Middle Ages the Empire stood forth as the great power in western Europe....
Bővebb ismertető  |  Termék adatok  |  Bolti készlet  |  Vélemények
260 Ft
Szállítás: Sikeres rendelés után azonnal letölthető.
Bolti készlet

1799 Ft
Részletesen erről a termékről
Bővebb ismertető Termék adatok Bolti készlet Vélemények
Bővebb ismertető
The German Empire of 1740 was established on Christmas Day 800 when the Pope placed the imperial crown on the head of Charlemagne in Rome. From that time until far down the Middle Ages the Empire stood forth as the great power in western Europe. Conjointly with the Papacy it was the acknowledged head of Christendom. But the Empire comprised many different racial elements which could not be coalesced. A political unit in name, the Empire was never one in spirit. In the centuries which followed Charlemagne various emperors tried to mold the imperial provinces into an organic whole - Otto the Great (936-973) succeeded in part - but all were ultimately defeated either by intrigues of powerful nobles or by divergence of material interests. Luther created a feeling of national unity by means of his Translation of the Bible (1534), as Germans realized in it the possession of a mother-tongue common to them all. But the religious differences of the Reformation ranged German states against each other in bitter partisanship, and the ravages of the Thirty Years' War (1618-1648), the culmination of this hostility, added unparalleled want and misery to spiritual discord that could not be reconciled. The Treaty of Westphalia, which concluded the Thirty Years' War, left the states of Germany as disunited as they ever were. Provisions of this treaty were still regulating affairs of the German Empire in 1740.                         For many years Germany had borne the official title of "The Holy Roman Empire of the German Nation"; "Holy" in order to mark the secular state as divinely appointed and as a counterpart to "the Holy Catholic Church"; "Roman" because the German Empire was conceived as a continuation of the ancient Roman Empire; "of the German Nation" because the head of the Holy Roman Empire was the chosen leader of the German peoples. In the following pages, until the dissolution of the Holy Roman Empire in 1806, the terms "Germany," "the German Empire," and "the Holy Roman Empire" will be used, in accordance with the custom of the eighteenth century, as synonyms of each other. In 1740 Germany included Austria as well and thus embraced a territory which nearly doubled the area occupied by the German Empire of recent decades. In round terms, Germany included four hundred and fifty thousand square miles of land, or equaled that portion of the United States which lies east of the Mississippi River and north of Tennessee and North Carolina. The exact number of people in this great territory is not known, but it was probably between twentyfive and thirty millions...
Termék adatok
Cím: History of Germany 1740-1914 [eKönyv: epub, mobi]
Szerző: Priest George
Kiadó: Merkaba Press
Megjelenés: 2017. július 31.
ISBN: 6610000021512
Cimke felhő
ROMAN   German   Great
Szerzőről
Priest George művei
History of Germany 1740-1914 [eKönyv: epub, mobi]
Bolti készlet