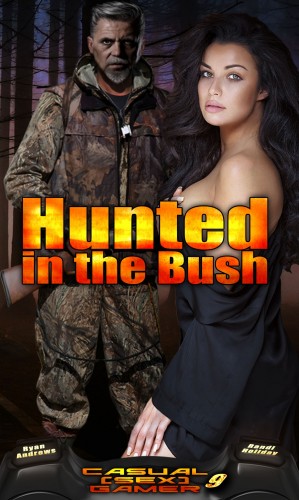 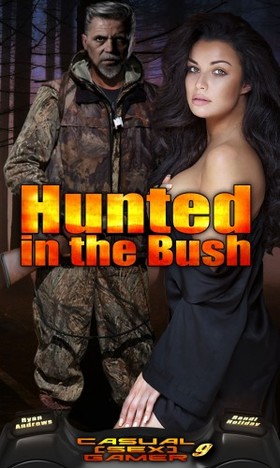 Jane visits the forest for the calming effects of nature, but instead encounters a hunter with the rather strange hobby of hunting women. After rendering the feisty woman unconscious, the big fellow strips her naked and sets his plan into motion. Soon, his curvy prey awakens with a tail superglued...
Bővebb ismertető  |  Termék adatok  |  Bolti készlet  |  Vélemények
1037 Ft
Szállítás: Sikeres rendelés után azonnal letölthető.
Bolti készlet

2768 Ft
Részletesen erről a termékről
Bővebb ismertető Termék adatok Bolti készlet Vélemények
Bővebb ismertető
Jane visits the forest for the calming effects of nature, but instead encounters a hunter with the rather strange hobby of hunting women. After rendering the feisty woman unconscious, the big fellow strips her naked and sets his plan into motion. Soon, his curvy prey awakens with a tail superglued to her ass, antlers strapped on her head and her hands taped into hooves. She's ordered to run as he relentlessly hunts her through the dark woods, and the frightened woman is horrified as he plays a game of catch and release, welting her curvy body as he enjoys her fear. Once again, Jane is regretting her gaming choice--until she realizes just how the older man mounts his trophies. ~~~~~ Excerpt ~~~~~ His grin widened, a wink accompanying it as he goosed her again. "And you're a surprisingly tricky prey," he teased, pointing to his truck that just came into view. The huge four-by-four was parked on a dirt path, its running lights illuminating the dense forest surrounding it. Jane arched a brow when he called her prey, but the sight of his giant truck distracted her because she often fantasized about being mounted from behind as she bent over the hood of one. "Let's get you a bit of a warmer then." He draped one arm over her shoulders casually as they arrived. "Oh, nice," she murmured, stroking a finger across the glossy surface. "I just love a man with a big truck." The man chuckled and retrieved a heavy thermos. "A woman after my own heart," he said, pouring her some steaming coffee and adding a generous shot from a bottle of whiskey. "Now get yourself around that, it'll take the chill off the day." He poured himself a matching one and leaned back against the truck. She sipped her drink and sighed. "Delicious! I love Irish coffee, thank you. So, do you come here often?" "Every chance I get, nice to get away from the city and back to the wild. It's a bit restrictive there," he explained, watching her finish off the coffee. He'd put an extra shot of whiskey in it just to make her more pliable. Setting his cup aside, he leaned over to take her empty one. "Speaking of which, you really aren't dressed for hunting. Close your eyes and let me get you something suitable, trust me, it's a surprise." "Okay. I love surprises," she said, doing as he asked. "I should tell you that I don't want to hunt, but it's okay if others do it if they eat what they catch." She pictured his big truck with a dead deer tied to it and grimaced. "Oh, believe me, I do," he said, coming up behind her to press his big body against her back. She leaned against him, happy to get right to the sex, but something felt a little off because things never went that smoothly in the game world. Usually, she was roughed up...or worse. Still, the manly hunter was completely irresistible, even if he was a gentleman and not her usual type. His arm came around her waist, playfully pinning her hands to her sides as he showed her his strength. He pulled her against his solid frame, leaning down so the lusty woman could feel his warm breath against her ear. "You've still got your eyes closed?" he asked, her perfumed hair wafting in the night air. When his lips grazed her slender neck she shivered and tilted her head to give him better access. "They're still closed," she said, her toes curling under with excitement. "Good girl," he said, bringing his other hand up to clamp a cloth over her mouth and nose. Jane's eyes flew open and she tried to free her arms but they were trapped at her sides. As she began to feel dizzy and she struggled to breathe, the night sounds were more pronounced and the breeze whistled through the dense forest. He'd completely caught her off guard and there wasn't a thing she could do as she finally slumped into unconsciousness in his arms. Once she was asleep, he placed her curvy body on the tailgate. Her dress was torn down the front, the flimsy fabric ripping as easily as paper. If Jane were awake, that would have excited the hell out of her, but she was out cold. The woman would make perfect game for him, and he looked forward to watching her generous curves bounce as he stalked her.
Termék adatok
Cím: Hunted In The Bush [eKönyv: epub, mobi]
Szerző: Ryan Andrews Randi Holiday,
Kiadó: Boruma Publishing, LLC
Megjelenés: 2017. augusztus 02.
ISBN: 9781370866984
Szerzőről
Ryan Andrews Randi Holiday, művei
Hunted In The Bush [eKönyv: epub, mobi]
To Snatch A Thief - Book 7 of Casual (sex) Gamer [eKönyv: epub, mobi]
Yee-Haw! Ride Her Cowboy! - Book 6 of Casual (sex) Gamer [eKönyv: epub, mobi]
Bolti készlet