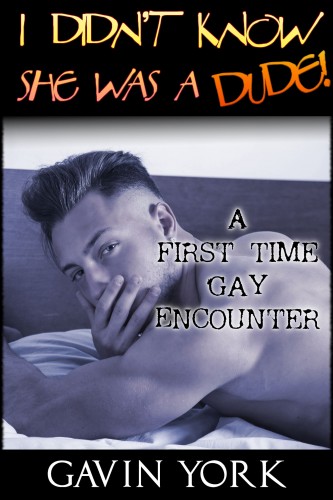 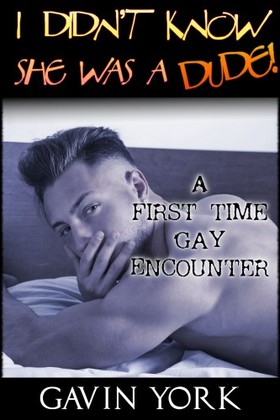 I Didn't Know She Was A Dude! [eKönyv: epub, mobi]

Chris is your stereotypical jock. He likes to party, he likes to play rough, and he likes to get laid. Problem is, he's so big and handsome, no one can resist him. He's partied, played, and laid his way over the last three years of college...and he's bored. Enter Sam, an enigmatic, androgynous...
Bővebb ismertető |  Könyv adatok |  Bolti készlet |  Vélemények
765 Ft
Szállítás: Sikeres rendelés után azonnal letölthető.
Bolti készlet

2399 Ft
Részletesen erről a termékről
Bővebb ismertető Könyv adatok Bolti készlet Vélemények
Bővebb ismertető
Chris is your stereotypical jock. He likes to party, he likes to play rough, and he likes to get laid. Problem is, he's so big and handsome, no one can resist him. He's partied, played, and laid his way over the last three years of college...and he's bored. Enter Sam, an enigmatic, androgynous beauty that Chris just can't ignore. Sam drives Chris wild with desire, and he'll do anything to take her to bed. There's just one hitch: Sam is a man! Being the macho hetero man he is, Chris knows he should be disgusted by his mistake...except he could never be disgusted by Sam. He wants the man with a mad passion he's never felt before! ~~~~~ Excerpt ~~~~~ The night air hit us like a frigid kiss. Instantly, my nipples hardened under my Venus semi-sheer blouse, and the humidity of Saperstein evaporated like a distant dream. Without the bodies to block us, without the music to drown out our words, the silence and the space of the outside world hummed with illicit promise. "My dorm's just up the way," I said. The logical part of my brain was screaming at me to drop his hand and run for the hills. My body refused to comply. Chris squeezed my hand, and gazed into my eyes. "You sure?" He was so sincere... I hated him. I wanted him. I would have let him have me right there, up against the house, but I knew if that happened this would all be over. I wanted to prolong this feeling for as long as I could. It would make the truth more painful when it finally came out, but I'd never wanted a man this much. And I'd wanted. I couldn't stop myself from wanting. I'd had lovers, men I liked and men I loved and men I outright loathed, but none so fine as him, none so thick and slick and smooth. Before we left the shadow of the house, I grabbed him again, pulled him down into a messy kiss. "Remember this," I whispered into his lips. "Remember how much you like this." His big hands nearly encircled my waist. "You kidding? I'll remember this the rest of my life." "You have no idea," I muttered to myself. I was setting myself up for failure. For pain. I was too drunk, too horny. Inside the house, I knew Stella and the others would be trying to find me. They wanted to protect me. They wanted to protect me from myself, and from him. "Quick," I hissed at him. "Let's get out of here." "You don't have to tell me twice," he said. He let me take his hand, and lead him from the housing quad. "You're an idiot," a voice inside me screamed. "Are you trying to get yourself killed?" I wasn't. I swear I wasn't. I was trying to live. I was trying to live out the magic night he thought we were having. He thought I was some confident Snow White, wooed by his charm and his bluster. It didn't have to end in tragedy, I promised myself. I could tell him I didn't do it on the first date. "Just give me tonight," I prayed to the queer gods.
Könyv adatok
Cím: I Didn't Know She Was A Dude! [eKönyv: epub, mobi]
Szerző: York Gavin
Kiadó: Boruma Publishing, LLC
Megjelenés: 2017. augusztus 10.
ISBN: 9781370220205
Szerzőről
York Gavin művei
But Officer, I'm Straight! [eKönyv: epub, mobi]
I Didn't Know She Was A Dude! [eKönyv: epub, mobi]
Bolti készlet