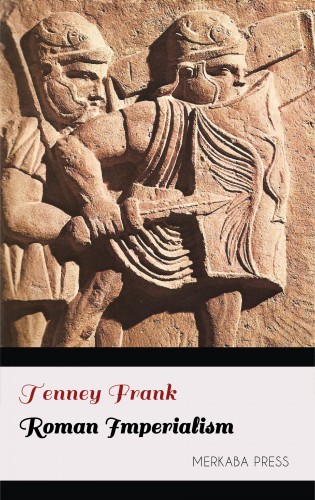 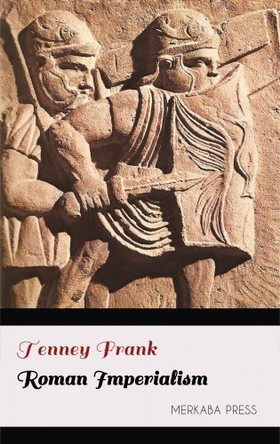 My purpose in the following pages has been to analyze, so far as the fragmentary sources permit, the precise influences that urged the Roman republic toward territorial expansion. Imperialism, as we now use the word, is generally assumed to be the national expression of the individual's "will...
Bővebb ismertető |  Könyv adatok |  Bolti készlet |  Vélemények
266 Ft
Szállítás: Sikeres rendelés után azonnal letölthető.
Bolti készlet

2799 Ft
Részletesen erről a termékről
Bővebb ismertető Könyv adatok Bolti készlet Vélemények
Bővebb ismertető
My purpose in the following pages has been to analyze, so far as the fragmentary sources permit, the precise influences that urged the Roman republic toward territorial expansion. Imperialism, as we now use the word, is generally assumed to be the national expression of the individual's "will to live." If this were always true, a simple axiom would suffice to explain every story of conquest. I venture to believe, however, that such an axiom is too frequently assumed, particularly in historical works that issue from the continent, where the overcrowding of population threatens to deprive the individual of his means of subsistance unless the united nation makes for itself "a place in the sunlight." Old-world political traditions also have taught historians to accept territorial expansion as a matter of course. For hundreds of years the church, claiming universal dominion, proclaimed the doctrine of world-empire; the monarchs of the Holy Roman Empire and of France reached out for the inheritance of ancient Rome; the dynastic families, which could hold their own in a period of such doctrine only by the possession of strong armies, naturally employed those armies in wars of expansion. It is not surprising, therefore, that continental writers, at least, should assume that the desire to possess must somehow have been the mainspring of action whether in the Spanish-American war or the Punic wars of Rome.   However, the causes of territorial growth cannot in every given instance be reduced to so simple a formula. Let us imagine a people far removed from the economic pressure as well as the political traditions of modern Europe, an agricultural people, not too thickly settled and not egged on by commercial ambitions; a republic in which the citizens themselves must vote whether or not to proclaim a war and in voting affirmatively must not only impose upon themselves the requisite war tax -- a direct tribute -- but must also go from the voting booths to the recruiting station and enroll in the legions; a republic, moreover, in which the directing power is vested in a group of a few hundred nobles, suspicious of the prestige that popular heroes gain in war and fearful of a military power that might overthrow its control. In such a nation are there not enough negative cross currents to neutralize the positive charge that rises from the blind instinct to acquire? Such a nation was the Roman republic.
Könyv adatok
Cím: Roman Imperialism [eKönyv: epub, mobi]
Szerző: Frank Tenney
Kiadó: Merkaba Press
Megjelenés: 2017. július 17.
ISBN: 6610000019687
Szerzőről
Frank Tenney művei
Roman Imperialism [eKönyv: epub, mobi]
Bolti készlet