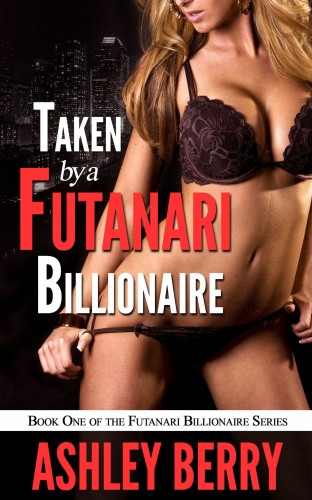 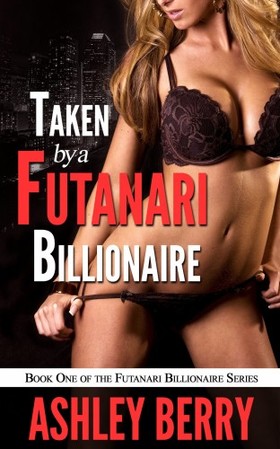 Chelsea has lost the biggest bet of her life, and she wasn't even playing. Three wealthy businesswomen have made her their prize in a game of blackjack, and she soon finds herself in a luxurious penthouse suite, entertaining the billionaire half-Japanese beauty & pharmaceuticals mogul, Michelle...
Bővebb ismertető |  Könyv adatok |  Bolti készlet |  Vélemények
890 Ft
Szállítás: Sikeres rendelés után azonnal letölthető.
Bolti készlet

3499 Ft
Részletesen erről a termékről
Bővebb ismertető Könyv adatok Bolti készlet Vélemények
Bővebb ismertető
Chelsea has lost the biggest bet of her life, and she wasn't even playing. Three wealthy businesswomen have made her their prize in a game of blackjack, and she soon finds herself in a luxurious penthouse suite, entertaining the billionaire half-Japanese beauty & pharmaceuticals mogul, Michelle Tanaka. Michelle likes them young, timid and obedient, and Chelsea fits her criteria perfectly. But Michelle is hiding a big secret under her silk robe; one that will shatter Chelsea's understanding of the world of sex, and her own sexuality. 'Taken by a Futanari Billionaire' is the first book in the 'Futanari Billionaire' series, and is over 10,000 words of intense, hardcore sex between a futanari and a submissive female, with a HFN ending. ~~~~~ PG Excerpt ~~~~~ The tinny voice announced that she had reached level fifteen, and then she stepped out of the immense doors and into a hall of lush red carpeting. She pulled out the clear plastic business card Michelle had left her, and stared at the red writing on it: Rm 1501, Vernon Towers. Trying her best to control her heartbeat, Chelsea stood at the door and held her hand out to knock. Then she stopped. Was she really about to do this? Was she really entering the hotel room of a billionaire CEO who had been involved in her humiliation just an hour before? She didn't have to answer. As soon as she finished her thought, the door opened. Michelle Tanaka greeted her wearing nothing but a white silken bathrobe. Her thick black hair was loose behind her head and a glass of brandy was in her hand. As powerful as she had looked sitting at the blackjack table in her crimson business suit and loose, open shirt, it didn't compare to how she looked now. Chelsea could really appreciate the woman's size. Chelsea herself was five-foot six, but this woman towered over her at what had to be six foot even. Underneath the long bathrobe, which came down almost to her knees, Michelle's legs looked long and well-toned. The robe tied around her waist, exposed even more of her impressive cleavage than she had shown at the hotel, and Chelsea was filled with awe, envy and excitement. The waitress's B-cups were positively dwarfed by this woman's bust. "You're a girl of your word," she said. "I-I never actually said I'd come." "Not explicitly, you didn't. But in all other ways that mattered..." She let that sentence hang in the air as she drew Chelsea inside. Then the billionaire turned her back to Chelsea, and said, "I've run a bath for you. Enjoy it, but don't dawdle. I want you back out here in fifteen minutes." Clearly, this was a woman used to telling others what to do. Chelsea found that it was hard to disobey her; there was a quality to Michelle Tanaka's voice and the way she used it that made a word from her almost like a spell. Not to mention the fact that she was six feet tall and, from what Chelsea could see, had the broad shoulders and toned muscles of a woman who could break an insubordinate's neck. As the cocktail waitress undressed (again), she could hardly believe the sheer opulence of the hotel room's bathroom, which was bigger than her own bedroom at home. All of the fixtures looked like they were made of ivory, with the occasional classy touches of copper and gold chrome. The floor was made of large, white tiles with a tasteful fleur de lis at the center of each. A shower stood in the corner-it was nothing more than two glass walls with a gold chrome shower head. The bathtub itself sat above ground, standing on clawed golden feet. It was easily big enough to accommodate two grown adults. Once Chelsea dipped her feet into the hot, scented water, it was impossible for her not to let go and relax her body. The water ran over her skin like caressing fingers, and the sweet fragrance of the bath oils flooded her senses. It was floral, yet had a biting quality to it that made her think of liqueur. She submerged her head in the water and nearly gasped as she felt the sensual water run through her hair. It was like taking the first bath of her life again. The cocktail waitress was feeling more than a little pampered at this treatment, even though she couldn't know what direction her situation could take afterwards.
Könyv adatok
Cím: Taken By A Futanari Billionaire - Book 1 of Futanari Billionaire [eKönyv: epub, mobi]
Szerző: Berry Ashley
Kiadó: Boruma Publishing, LLC
Megjelenés: 2017. február 17.
ISBN: 9781370187249
Szerzőről
Berry Ashley művei
Futanari Sex Ed [eKönyv: epub, mobi]
Taken By A Futanari Billionaire - Book 1 of Futanari Billionaire [eKönyv: epub, mobi]
The Futa Lovers of Club F [eKönyv: epub, mobi]
Bolti készlet