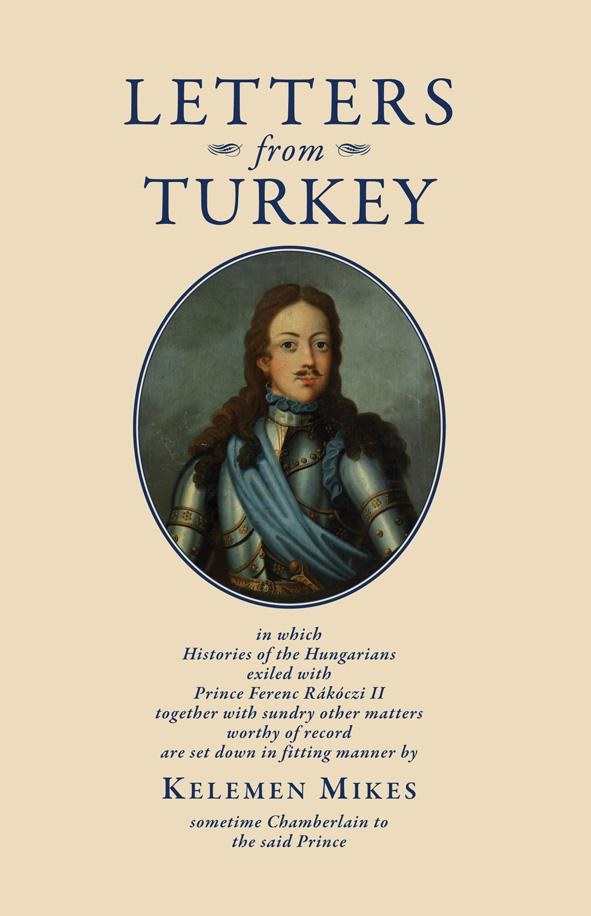 online ár: Webáruházunkban a termékek mellett feltüntetett fekete színű online ár csak internetes megrendelés esetén érvényes. Amennyiben a Líra bolthálózatunk valamelyikében kívánja megvásárolni a terméket, abban az esetben a könyvre nyomtatott ár az érvényes, kivétel ez alól a boltban akciós könyvek.
3383 Ft
Részletesen erről a termékről
Bővebb ismertető Termékadatok Bolti készlet Vélemények
Bővebb ismertető
Letters from Turkey, generally considered the best Hungarian prose work of the eighteenth century, was written by Kelemen Mikes, a Transylvanian nobleman who went into exile with Ferenc Rákóczi II, last prince of independent Transylvania. After the unsuccessful War of Independence (1703-11), in which he had endeavoured to liberate Hungary and Transylvania from the Habsburgs, the prince and his entourage spent some five years in France before in 1717 going to Turkey at the invitation of Sultan Ahmed III. Some of the party eventually left, but Mikes, like Rákóczi, spent the rest of his life in Turkey.
Memoir had a considerable vogue at the time, and Mikes wrote in a well-established tradition: the combination of memoir and epistolary form, however, was a novelty in Hungarian, rooted in Mikes's years in France. The 207 Letters, never before englished in their entirety, were addressed over a period of forty years to an imaginary aunt in Constantinople. In them Mikes speaks of the Hungarians' daily life, their hopes and disappointments, and of current events in Turkey and beyond; he describes the deaths of some of the party, including that of the prince himself. He also gives an account of a military campaign up the Danube and an embassy to Moldova. All the while his patriotic feelings never leave him, nor does his affection - deep, though not unblinkered - for his prince. The last Letter, dated four years before his death, sees him, as last survivor of the original party, become head of the Hungarian community in Turkey.
The manuscript was found among Mikes's effects and the Letters were first published in Hungary in 1794, an early illustration of the Hungarian capacity to put forth fine flowers under foreign and accursed stars, in the most difficult of times, invitis nubibus.