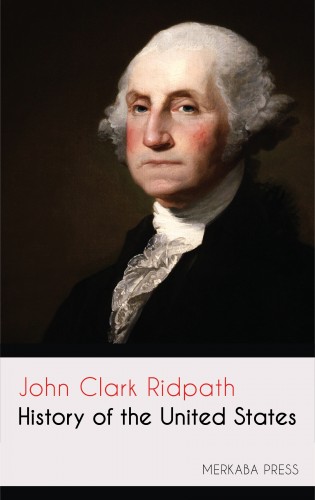 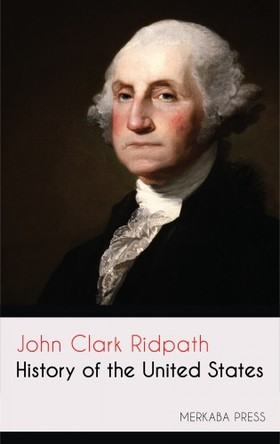 To the American youth the history of our country is more important than any other branch of education. A fair degree of knowledge respecting the progress of the American people from the discovery of the New World to the present is almost essential to that citizenship into which our youth are soon...
Bővebb ismertető |  Könyv adatok |  Bolti készlet |  Vélemények
255 Ft
Szállítás: Sikeres rendelés után azonnal letölthető.
Bolti készlet

1899 Ft
Részletesen erről a termékről
Bővebb ismertető Könyv adatok Bolti készlet Vélemények
Bővebb ismertető
To the American youth the history of our country is more important than any other branch of education. A fair degree of knowledge respecting the progress of the American people from the discovery of the New World to the present is almost essential to that citizenship into which our youth are soon expected to enter. In a government of the people, for the people and by the people, a familiar acquaintance with the course of events, with the movements of society in peace and war, is the great prerequisite to the exercise of those rights and duties which the American citizen must assume if he would hold his true place in the Nation. Fortunately, the means for studying the history of our country are abundant and easy. American boys and girls have little cause any longer to complain that the writers and teachers have put beyond their reach the story of their native land. Great pains have been taken, on the contrary, to gather out of our annals as a people and nation the most important and romantic parts, and to recite in pleasing style, and with the aid of happy illustrations, the lessons of the past. The author of the present volume has tried in every particular to put himself in the place of the student. He has endeavored to bring to the pupils of our great Common Schools a brief and easy narrative of all the better parts of our country's history. It has been his aim to tell the story as a lover of his native land should recite for others that which is dearest and best to memory and affection. He has sought to bring the careful results of historical research into the schoolroom without any of the superfluous rubbish and scaffolding of obtrusive scholarship and erudition. Another aim in the present text-book for our youth has been to consider the events of our country's history somewhat from our own point of view--not to despise the history of civilization in the Mississippi Valley, or to seek wholly for examples of heroism and greatness in the older States of the Union. Perhaps no part of our country is more favorably situated for taking such a view of our progress as a nation than is that magnificent region, constituting as it does the most fertile and populous portion of the continent. In the present History of the United States the author has not hesitated to make emphatic those paragraphs which relate to the development and progress of this region. For the rest the author has followed the usual channel of narration from the aboriginal times to the colonization of our Atlantic coast by the peoples of Western Europe; from that event by way of the Old Thirteen Colonies to Independence; from Independence to regeneration by war; and from our second birth to the present epoch of greatness and promise. He cherishes the hope that his work in the hands of the boys and girls of our public schools may pass into their memories and hearts; that its lessons may enter into union with their lives, and conduce in some measure to their development into men and women worthy of their age and country.
Könyv adatok
Cím: History of the United States [eKönyv: epub, mobi]
Szerző: Ridpath John Clark
Kiadó: Merkaba Press
Megjelenés: 2017. augusztus 10.
ISBN: 6610000024827
Szerzőről
Ridpath John Clark művei
History of the United States [eKönyv: epub, mobi]
Bolti készlet