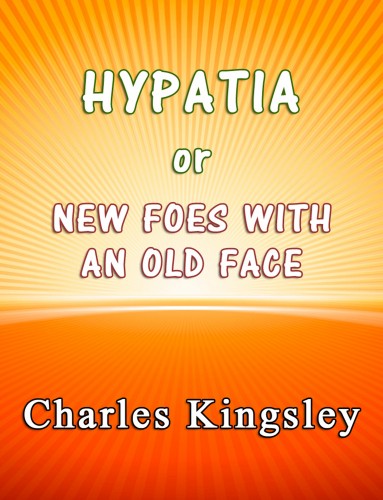 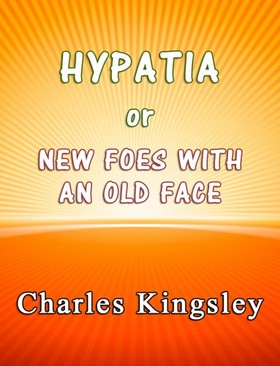 In the four hundred and thirteenth year of the Christian Era, some three hundred miles above Alexandria, the young monk Philammon was sitting on the edge of a low range of inland cliffs, crested with drifting sand. Behind him the desert sand-waste stretched, lifeless, interminable, reflecting its...
Bővebb ismertető |  Könyv adatok |  Bolti készlet |  Vélemények
790 Ft
Szállítás: Sikeres rendelés után azonnal letölthető.
Bolti készlet

2768 Ft
Részletesen erről a termékről
Bővebb ismertető Könyv adatok Bolti készlet Vélemények
Bővebb ismertető
In the four hundred and thirteenth year of the Christian Era, some three hundred miles above Alexandria, the young monk Philammon was sitting on the edge of a low range of inland cliffs, crested with drifting sand. Behind him the desert sand-waste stretched, lifeless, interminable, reflecting its lurid glare on the horizon of the cloudless vault of blue. At his feet the sand dripped and trickled, in yellow rivulets, from crack to crack and ledge to ledge, or whirled past him in tiny jets of yellow smoke, before the fitful summer airs. Here and there, upon the face of the cliffs which walled in the opposite side of the narrow glen below, were cavernous tombs, huge old quarries, with obelisks and half-cut pillars, standing as the workmen had left them centuries before; the sand was slipping down and piling up around them, their heads were frosted with the arid snow; everywhere was silence, desolation-the grave of a dead nation, in a dying land. And there he sat musing above it all, full of life and youth and health and beauty--a young Apollo of the desert. His only clothing was a ragged sheep-skin, bound with a leathern girdle. His long black locks, unshorn from childhood, waved and glistened in the sun; a rich dark down on cheek and chin showed the spring of healthful manhood; his hard hands and sinewy sunburnt limbs told of labour and endurance; his flashing eyes and beetling brow, of daring, fancy, passion, thought, which had no sphere of action in such a place. What did his glorious young humanity alone among the tombs? So perhaps he, too, thought, as he passed his hand across his brow, as if to sweep away some gathering dream, and sighing, rose and wandered along the cliffs, peering downward at every point and cranny, in search of fuel for the monastery from whence he came. Simple as was the material which he sought, consisting chiefly of the low arid desert shrubs, with now and then a fragment of wood from some deserted quarry or ruin, it was becoming scarcer and scarcer round Abbot Pambo's Laura at Scetis; and long before Philammon had collected his daily quantity, he had strayed farther from his home than he had ever been before. Suddenly, at a turn of the glen, he came upon a sight new to him....a temple carved in the sandstone cliff; and in front a smooth platform, strewn with beams and mouldering tools, and here and there a skull bleaching among the sand, perhaps of some workman slaughtered at his labour in one of the thousand wars of old. The abbot, his spiritual father--indeed, the only father whom he knew, for his earliest recollections were of the Laura and the old man's cell-had strictly forbidden him to enter, even to approach any of those relics of ancient idolatry: but a broad terrace-road led down to the platform from the table-land above; the plentiful supply of fuel was too tempting to be passed by.... He would go down, gather a few sticks, and then return, to tell the abbot of the treasure which he had found, and consult him as to the propriety of revisiting it.
Könyv adatok
Cím: Hypatia or New Foes With an Old Face [eKönyv: epub, mobi]
Szerző: Kingsley, Charles
Kiadó: Sai ePublications
Megjelenés: 2017. február 01.
ISBN: 9781329051454
Szerzőről
Kingsley, Charles művei
Complete Works of Charles Kingsley (Illustrated) [eKönyv: epub, mobi]
Hypatia or New Foes With an Old Face [eKönyv: epub, mobi]
The Water-Babies [eKönyv: epub, mobi]
Bolti készlet