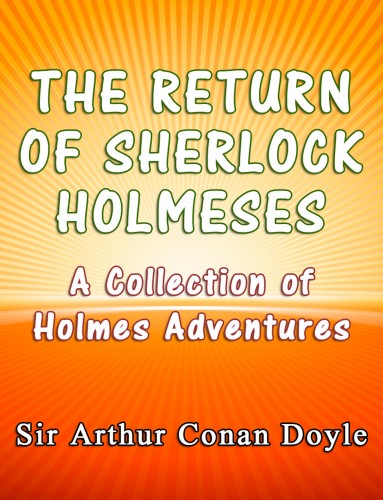 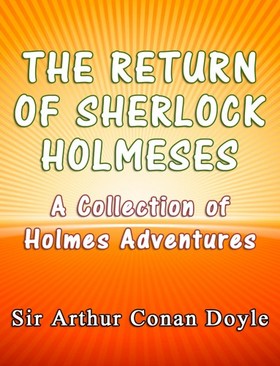 It was in the spring of the year 1894 that all London was interested, and the fashionable world dismayed, by the murder of the Honourable Ronald Adair under most unusual and inexplicable circumstances. The public has already learned those particulars of the crime which came out in the police...
Bővebb ismertető |  Könyv adatok |  A szerzőről |  Bolti készlet |  Vélemények
790 Ft
Szállítás: Sikeres rendelés után azonnal letölthető.
Bolti készlet

The Adventure of the Dying Detective [eKönyv: epub, mobi]

The Hound of the Baskervilles [eKönyv: epub, mobi]

Akciós▸
690 Ft
517 Ft
25%
Részletesen erről a termékről
Bővebb ismertető Könyv adatok A szerzőről Bolti készlet Vélemények
Bővebb ismertető
It was in the spring of the year 1894 that all London was interested, and the fashionable world dismayed, by the murder of the Honourable Ronald Adair under most unusual and inexplicable circumstances. The public has already learned those particulars of the crime which came out in the police investigation, but a good deal was suppressed upon that occasion, since the case for the prosecution was so overwhelmingly strong that it was not necessary to bring forward all the facts. Only now, at the end of nearly ten years, am I allowed to supply those missing links which make up the whole of that remarkable chain. The crime was of interest in itself, but that interest was as nothing to me compared to the inconceivable sequel, which afforded me the greatest shock and surprise of any event in my adventurous life. Even now, after this long interval, I find myself thrilling as I think of it, and feeling once more that sudden flood of joy, amazement, and incredulity which utterly submerged my mind. Let me say to that public, which has shown some interest in those glimpses which I have occasionally given them of the thoughts and actions of a very remarkable man, that they are not to blame me if I have not shared my knowledge with them, for I should have considered it my first duty to do so, had I not been barred by a positive prohibition from his own lips, which was only withdrawn upon the third of last month. It can be imagined that my close intimacy with Sherlock Holmes had interested me deeply in crime, and that after his disappearance I never failed to read with care the various problems which came before the public. And I even attempted, more than once, for my own private satisfaction, to employ his methods in their solution, though with indifferent success. There was none, however, which appealed to me like this tragedy of Ronald Adair. As I read the evidence at the inquest, which led up to a verdict of willful murder against some person or persons unknown, I realized more clearly than I had ever done the loss which the community had sustained by the death of Sherlock Holmes. There were points about this strange business which would, I was sure, have specially appealed to him, and the efforts of the police would have been supplemented, or more probably anticipated, by the trained observation and the alert mind of the first criminal agent in Europe. All day, as I drove upon my round, I turned over the case in my mind and found no explanation which appeared to me to be adequate. At the risk of telling a twice-told tale, I will recapitulate the facts as they were known to the public at the conclusion of the inquest.
Könyv adatok
Cím: The Return of Sherlock Holmes [eKönyv: epub, mobi]
Szerző: Arthur Conan Doyle
Kiadó: Sai ePublications
Megjelenés: 2017. február 01.
ISBN: 9781329059634
Szerzőről
Arthur Conan Doyle művei