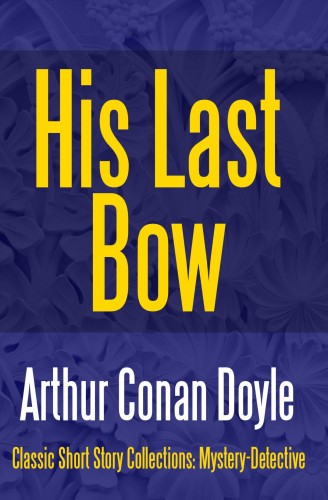 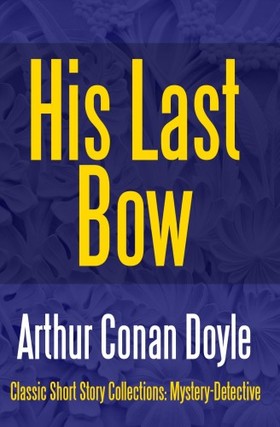 2399 Ft
Részletesen erről a termékről
Bővebb ismertető Könyv adatok A szerzőről Bolti készlet Vélemények
Bővebb ismertető
His Last Bow: Some Reminiscences of Sherlock Holmes is a collection of previously published Sherlock Holmes stories by Arthur Conan Doyle, including the titular short story, "His Last Bow. The War Service of Sherlock Holmes" (1917). The collection's first US edition adjusts the anthology's subtitle to Some Later Reminiscences of Sherlock Holmes. All editions contain a brief preface, by "John H. Watson, M.D.", that assures readers that as of the date of publication (1917), Holmes is long retired from his profession of detective but is still alive and well, albeit suffering from a touch of rheumatism.The collection contains "The Adventure of the Cardboard Box", which was also included in the first edition of in The Memoirs of Sherlock Holmes (1894) but was dropped from later editions of that book.Six of the stories were published in The Strand Magazine between September 1908 and December 1913. The Strand published "The Adventure of Wistaria Lodge" as "A Reminiscence of Sherlock Holmes" and divided it into two parts, called "The Singular Experience of Mr. John Scott Eccles" and "The Tiger of San Pedro". Later printings of His Last Bow correct Wistaria to Wisteria.The final story, "His Last Bow. The War Service of Sherlock Holmes" (1917), an epilogue about Holmes' war service, was first published in Collier's on 22 September 1917--one month before the book's premiere on 22 October.When the Memoirs of Sherlock Holmes were published in the USA for the first time, the publishers believed "The Adventure of the Cardboard Box" was too scandalous for the American public, since it dealt with the theme of adultery. As a result, this story was not published in the USA until many years later, when it was added to His Last Bow. Even today, most American editions of the canon include it with His Last Bow, while most British editions keep the story in its original place in The Memoirs of Sherlock Holmes.Sir Arthur Ignatius Conan Doyle KStJ, DL (22 May 1859 - 7 July 1930) was a British writer best known for his detective fiction featuring the character Sherlock Holmes. Originally a physician, in 1887 he published A Study in Scarlet, the first of four novels about Holmes and Dr. Watson. In addition, Doyle wrote over fifty short stories featuring the famous detective.The Sherlock Holmes stories are generally considered milestones in the field of crime fiction. Doyle is also known for writing the fictional adventures of Professor Challenger and for propagating the mystery of the Mary Celeste. He was a prolific writer whose other works include fantasy and science fiction stories, plays, romances, poetry, non-fiction and historical novels.
Könyv adatok
Cím: His Last Bow [eKönyv: epub, mobi]
Szerző: Arthur Conan Doyle
Kiadó: Midwest Journal Press
Megjelenés: 2017. szeptember 20.
ISBN: 9781387148325
Szerzőről
Arthur Conan Doyle művei