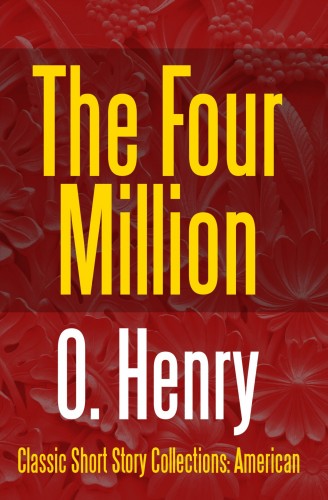 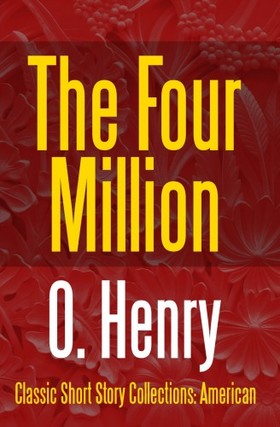 2290 Ft
Részletesen erről a termékről
Bővebb ismertető Könyv adatok Bolti készlet Vélemények
Bővebb ismertető
This rich anthology contains 4 tales set in an exotic banana republic and 21 tales set in New York City at the dawn of the twentieth century, including stories of the idle rich, the hardworking middle class, and the hopeless poor. Readers will enjoy rubbing shoulders with outlaws and commiserating with thwarted lovers--all the while looking forward to the author's trademark surprise endings. 1.Tobin's Palm 2, The Gift of the Magi 3, A Cosmopolite in a Cafe 4, Between Rounds 5.The Skylight Room 6.A Service of Love 7.The Coming-Out of Maggie 8.Man About Town 9.The Cop and the Anthem 10.An Adjustment of Nature 11.Memoirs of a Yellow Dog 12.The Love-Philtre of Ikey Schoenstein 13.Mammon and the Archer 14.Springtime a la Carte 15.The Green Door 16.From the Cabby's Seat 17.An Unfinished Story 18.The Caliph, Cupid and the Clock 19.Sisters of the Golden Circle 20.The Romance of a Busy Broker 21.After Twenty Years 22.Lost on Dress Parade 23.By Courier 24.The Furnished Room 25.The Brief Debut of Tildy"TOBIN'S PALM (excerpt)Tobin and me, the two of us, went down to Coney one day, for there was four dollars between us, and Tobin had need of distractions. For there was Katie Mahorner, his sweetheart, of County Sligo, lost since she started for America three months before with two hundred dollars, her own savings, and one hundred dollars from the sale of Tobin's inherited estate, a fine cottage and pig on the Bog Shannaugh. And since the letter that Tobin got saying that she had started to come to him not a bit of news had he heard or seen of Katie Mahorner. Tobin advertised in the papers, but nothing could be found of the colleen.So, to Coney me and Tobin went, thinking that a turn at the chutes and the smell of the popcorn might raise the heart in his bosom. But Tobin was a hardheaded man, and the sadness stuck in his skin. He ground his teeth at the crying balloons; he cursed the moving pictures; and, though he would drink whenever asked, he scorned Punch and Judy, and was for licking the tintype men as they came.So I gets him down a side way on a board walk where the attractions were some less violent. At a little six by eight stall Tobin halts, with a more human look in his eye."'Tis here," says he, "I will be diverted. I'll have the palm of me hand investigated by the wonderful palmist of the Nile, and see if what is to be will be."Tobin was a believer in signs and the unnatural in nature. He possessed illegal convictions in his mind along the subjects of black cats, lucky numbers, and the weather predictions in the papers.We went into the enchanted chicken coop, which was fixed mysterious with red cloth and pictures of hands with lines crossing 'em like a railroad centre. The sign over the door says it is Madame Zozo the Egyptian Palmist. There was a fat woman inside in a red jumper with pothooks and beasties embroidered upon it. Tobin gives her ten cents and extends one of his hands. She lifts Tobin's hand, which is own brother to the hoof of a drayhorse, and examines it to see whether 'tis a stone in the frog or a cast shoe he has come for...William Sydney Porter (September 11, 1862 - June 5, 1910), known by his pen name O. Henry, was an American short story writer. O. Henry's short stories are known for their surprise endings.He was born in Greensboro, North Carolina. He changed the spelling of his middle name to Sydney in 1898.
Könyv adatok
Cím: The Four Million [eKönyv: epub, mobi]
Szerző: O. HENRY
Kiadó: Midwest Journal Press NM
Megjelenés: 2017. július 31.
ISBN: 9781387079865
Szerzőről
O. HENRY művei
Cabbages and Kings [eKönyv: epub, mobi]
Cabbages and Kings [eKönyv: epub, mobi]
Delphi Complete Works of O. Henry (Illustrated) [eKönyv: epub, mobi]
Heart of the West [eKönyv: epub, mobi]
Heart of the West [eKönyv: epub, mobi]
Les Nouvelles aventures de Jeff Peters [eKönyv: epub, mobi]
New York Tic Tac [eKönyv: epub, mobi]
Options [eKönyv: epub, mobi]
Options [eKönyv: epub, mobi]
Roads of Destiny [eKönyv: epub, mobi]
Sixes and Sevens [eKönyv: epub, mobi]
Sixes and Sevens [eKönyv: epub, mobi]
Strictly Business [eKönyv: epub, mobi]
The Four Million [eKönyv: epub, mobi]
The Four Million [eKönyv: epub, mobi]
The Gift of the Magi [eKönyv: epub, mobi]
The Trimmed Lamp [eKönyv: epub, mobi]
The Trimmed Lamp and Other Stories [eKönyv: epub, mobi]
The Voice of the City [eKönyv: epub, mobi]
The Voice of the City [eKönyv: epub, mobi]
Whirligigs [eKönyv: epub, mobi]
Whirligigs [eKönyv: epub, mobi]
Bolti készlet