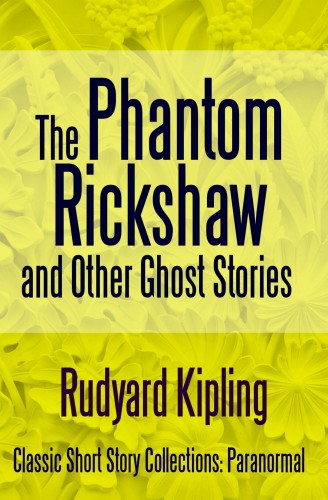 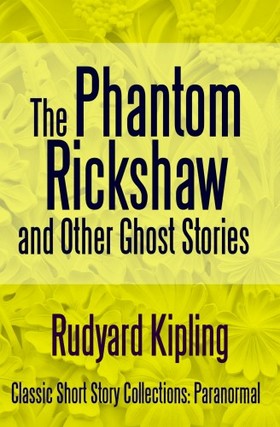 The Phantom Rickshaw and Other Ghost Stories [eKönyv: epub, mobi]

1750 Ft
Részletesen erről a termékről
Bővebb ismertető Könyv adatok A szerzőről Bolti készlet Vélemények
Bővebb ismertető
The Phantom 'Rickshaw and Other Tales, also known as The Phantom 'Rickshaw & other Eerie Tales, is a collection of short stories by Rudyard Kipling, first published in 1888.The Phantom 'RickshawAfter an affair with a Mrs. Agnes Keith-Wessington in Simla, the narrator, Jack, repudiates her and eventually becomes engaged to Miss Kitty Mannering. Yet Mrs. Wessington continually reappears in Jack's life, begging him to reconsider, insisting that it was all just a mistake. But Jack wants nothing to do with her and continues to spurn her. Eventually Mrs. Wessington dies, much to Jack's relief. However, some time thereafter he sees her old rickshaw and assumes that someone has bought it. Then, to his astonishment, the rickshaw and the men pulling it pass through a horse, revealing themselves to be phantoms, bearing the departed ghost of Mrs. Wessington. This leads Jack into increasingly erratic behavior which he tries to cover up by concocting increasingly elaborate lies to assuage Kitty's suspicions. Eventually a Dr. Heatherlegh takes him in, supposing the visions to be the result of disease or madness. Despite their efforts, Kitty and her family become increasingly suspicious and eventually call off the engagement. Jack loses hope and begins wandering the city aimlessly, accompanied by the ghost of Mrs. Wessington.My Own True Ghost StoryThe narrator, while staying at a dâk-bungalow in Katmal, India, hears someone in the next room playing billiards. He assumes that it is a group of doolie-bearers who've just arrived. The next morning he complains, only to learn that there were no coolies in the dâk-bungalow the night before. The owner then tells him that ten years ago it was a billiard-hall. An engineer who'd been fond of the billiard hall had died somewhere far from it and they suspected that it was his ghost that occasionally came to visit it.The Strange Ride of Morrowbie JukesOne evening Morrowbie Jukes, an Englishman, is feeling a bit feverish and the barking of the dogs outside his tent is upsetting him. So he mounts his horse in order to pursue them. The horse bolts and they eventually fall into a sandy ravine on the edge of a river. He awakens the next morning to find himself in a village of the living dead, where people who appear to have died of, for instance, cholera, but who revived when their bodies were about to be burned, are imprisoned. He quickly learns that it is impossible to climb out because of the sandy slope. And the river is doubly treacherous with quicksand and a rifleman who will try to pick them off. He recognizes one man there, a Brahmin named Gunga Dass. Gunga has become ruthless, but he does feed Jukes with dead crow. Eventually Jukes discovered that another Englishman had been there and died. On his corpse Jukes finds a note explaining how to safely get through the quicksand. After Jukes explains it to Gunga, Gunga confesses to murdering the Englishman for fear of being left behind. They plan their escape for that evening, when the rifleman will be unable to see them in the dark. When the time to escape arrives, Gunga knocks Jukes unconscious and escapes alone. When Jukes awakes he is found by the boy who kept his dogs and is helped to escape by means of a rope.The Man Who Would Be KingThe narrator, a journalist, meets two colorful characters, Daniel Dravot and Peachey Carnahan, while on a train. Later they seek him out at his printing press in Lahore, for books or maps of Kafiristan. He then plays witness to their vow to each other to become kings of Kafiristan, a venture which he sees as ill-advised. Two years later Peachey returns and informs the narrator that they indeed reached Kafiristan. While there, were seen as gods and eventually Daniel is made king. They taught the Kafiristanis how to use rifles and military tactics. Eventually Dravot decides to take a Kafiristani woman to wife. In her terror she bites him. Upon seeing him bleed, the priests declare him not to be a god and the Kafiristanis immediately seek their deaths. One clan chief, whom they call "Billy Fish" helps them to escape but eventually they are caught and Daniel is thrown into a gorge to his death. They crucified Peachey but then let him go when he survived. The narrator puts Peachey in an asylum where he dies soon thereafter. Joseph Rudyard Kipling (30 December 1865 - 18 January 1936) was an English journalist, short-story writer, poet, and novelist.Kipling's works of fiction include The Jungle Book (1894), Kim (1901), and many short stories, including "The Man Who Would Be King" (1888). His poems include "Mandalay" (1890), "Gunga Din" (1890), "The Gods of the Copybook Headings" (1919), "The White Man's Burden" (1899), and "If--" (1910). He is regarded as a major innovator in the art of the short story; his children's books are classics of children's literature, and one critic described his work as exhibiting "a versatile and luminous narrative gift".Kipling was one of the most popular writers in the United Kingdom, in both prose and verse, in the late 19th and early 20th centuries. Henry James said: "Kipling strikes me personally as the most complete man of genius, as distinct from fine intelligence, that I have ever known."In 1907, at the age of 42, he was awarded the Nobel Prize in Literature, making him the first English-language writer to receive the prize and its youngest recipient to date. He was also sounded out for the British Poet Laureateship and on several occasions for a knighthood, both of which he declined.
Könyv adatok
Cím: The Phantom Rickshaw and Other Ghost Stories [eKönyv: epub, mobi]
Szerző: Rudyard Kipling
Kiadó: Midwest Journal Press
Megjelenés: 2017. szeptember 20.
ISBN: 9781387148868
Szerzőről
Rudyard Kipling művei